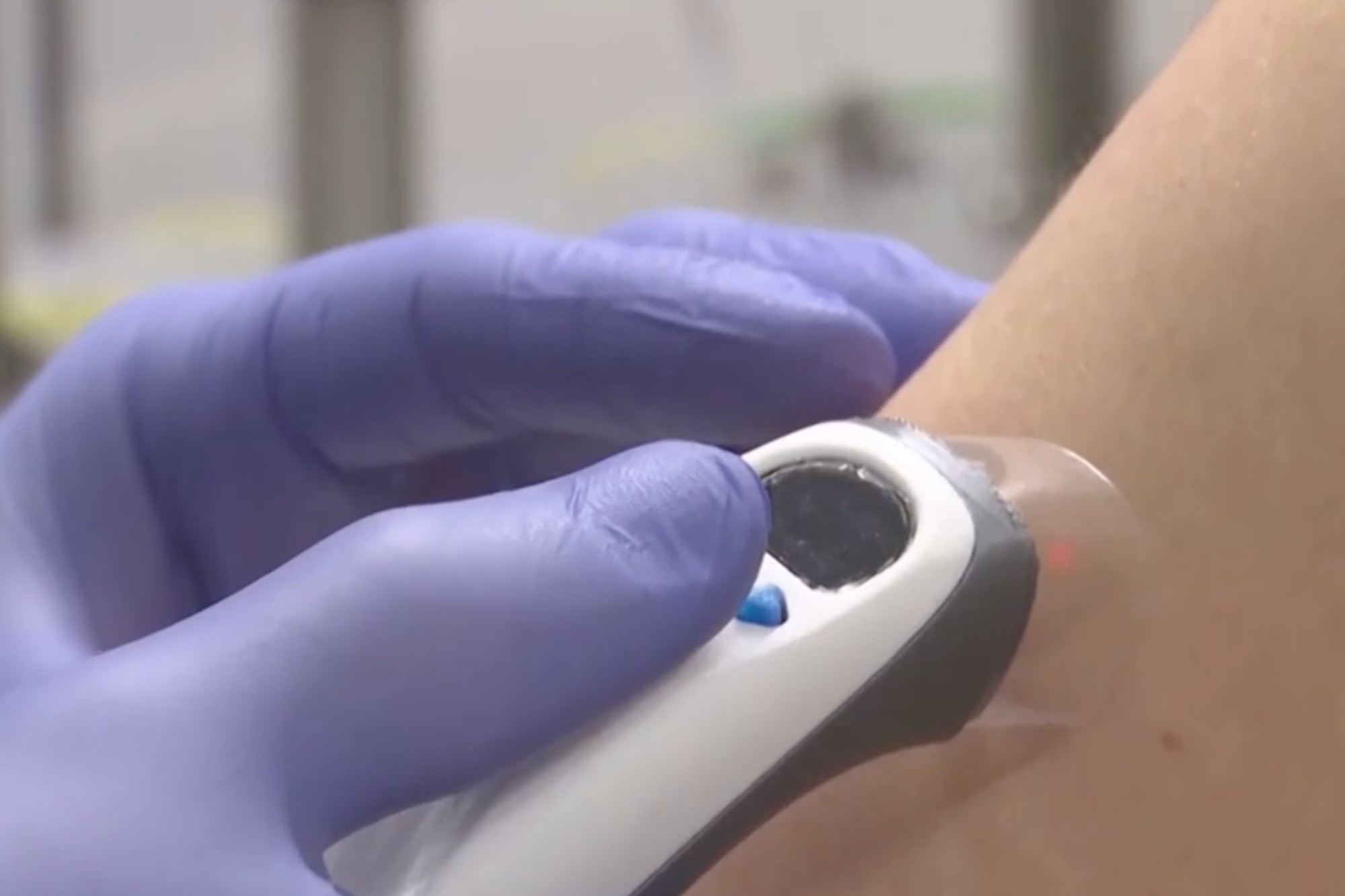 AMSTERDAM, Oct 13 – Researchers in the Netherlands are developing laser technology to enable “virtually painless” injections without needles in what they call a breakthrough that will ease fear and lower the threshold for vaccinations.

The “Bubble Gun” uses a laser to push tiny droplets through the outer layer of the skin, said David Fernandez Rivas, a professor at Twente University and research affiliate at the Massachusetts Institute of Technology who founded the idea.

The process is quicker than a mosquito bite and “should not cause pain” because nerve endings in the skin are not touched, he said, adding this would be studied further.

“Within a millisecond, the glass that contains the liquid is heated by a laser, a bubble is created in the liquid, pushing the liquid out at a velocity of at least 100 km per hour (60 mph),” he said during an interview at his lab.

“That allows us to penetrate the skin without damage. We don’t see any wound or entry point.”

Rivas expects the invention will not only help more people get vaccinated, but will also prevent the risk of contamination by dirty needles and reduce medical waste.

Testing on tissue samples has successfully been carried out with a 1.5-million-euro ($1.73 million) European Union grant. An application for funding to begin human testing with volunteers is expected to be submitted this month, Rivas said.

A new start-up company will collaborate with the pharmaceutical industry to test and market the “Bubble Gun” technology, he said.

It could however take 1-3 years for the method to be available to the general public, depending on the progress of research and regulatory issues.

Roughly one in five Dutch people are afraid of needles, said Henk Schenk, who offers therapy to help those suffering acutely. “Phobia of needles is more common than you might think. People are ashamed to admit it.”

Some people trace their fears back to a traumatic childhood hospital admission, or are afraid of surrendering control. A small number of roughly 1 out of 1,000 have a deep phobia that requires repeated sessions to prepare them for a jab.

“During the (coronavirus) pandemic…, you see that a lot of people who had been able to avoid it are now up against the wall. People who need to get the COVID-19 vaccine are an important group for me this year.”

Patient Astrid Nijsen, a 31-year-old musical actress who has had 10 sessions with Schenk, says she’d still feel anxious about being vaccinated, even without a needle.

“It started during puberty. When I see a needle, or have to get a shot, I just want to leave. I’ll tear the place down just to avoid getting a shot,” she said.